Chetan Sharma
04:21 01 Mar 22
I am at the early stages of my deveopment with FTA but they have already proven to be extremely helpful and selfless with their advice and knowledge. Thank you Andy! 😊🙏🏽

Asim Mahmood
23:01 31 Jan 22
We have had a few dealings with the various aspects of FTA. We are happy with the professionalism, honesty and integrity. The team are always on hand, and happy to help.Thank you!

Farydon Mirzai
17:19 21 Jan 22
Frank Taylor is my first place to go whenever I have an enquiry. It has been in this field for long time and gathered massive knowledge and expertise in dental market.

P Guillon
15:23 13 Jan 22
They go straight to the need of the client, are very professional and have a clear understanding of the market to know what solutions to recommend.

Amandeep Uppal
11:17 08 Jan 22
Very helpful first conversation with Andy Acton who has helped us form a clear set of next steps to commence our purchasing journey.

Keith Murray
11:33 15 Nov 21
They were instructed at short notice and their advise was both expressed clearly and received promptly

ronak patel
10:59 29 Oct 21
Spoke to Andy, who I found to be professional, responsive and very knowledgeable.

ACE CH
07:28 27 Oct 21
I spoke to Andy and he was being very helpful and answered all of my questions, he knows what he's doing👌

Kumara B
16:07 21 Oct 21
Spoke to Andrew Acton, what a great guy with abundance of knowledge on dental practices buying and selling. Very professional guy and always first to share his knowledge on dental platforms.I wish I met him earlier in our transaction, will look forward to do business in future.

Ramtin Taheri
18:51 03 Aug 21
I have had excellent dealings with Frank Taylor and the director Andy Acton. He’s always open to giving advice about how to optimise my practice for future sale.This is where I will be coming when the time comes to sell my practice and in the meantime for my next practice purchase

Lancashire Smiles
13:57 01 Jun 21
I spoke with Andy who answered all my questions. He was clear, understanding and helpful in providing me with the information I required as well as informing me about other things to consider.A valuable session! Thank you Andy.

Darya Kolas
08:13 03 May 21
FTA are very active in the dental market which allows them to provide most accurate and up-to-date advise. Highly recommend

Kamal Salih
12:17 25 Mar 21
A pleasure to work with, with excellent service and plenty of resources available to help dentists develop their own skills in the business and marketing field!

Anthony Olowo
21:50 11 Mar 21
I stumbled across Andy through a colleague suggesting he would be a great person to answer some of my questions on practice ownership. After answering my first 2 questions, he then arranged a zoom call on the same day and gave me great advice. He booked me in for 30 mins but gave me an hour of his time for no personal gain whatsoever! Absolute fountain of knowledge, definitely a go to within the industry!!!

Asad Chaudhry
13:18 17 Feb 21
I asked to setup a one-to-one call with Andy Acton following a Clubhouse chat I was listening to. He was prompt to get that arranged and the conversation we had was incredibly valuable to me as someone in the market to buy a dental practice. He was able to answer all my questions in detail and was very personable. I would recommend anyone looking to purchase a dental practice to get in touch with him.

Mihir Shah
22:12 09 Feb 21
Frank Taylor & Associates helped me purchase my first dental practice. I must say that Andy Acton and the entire team are incredibly knowledgeable, helpful and very professional!They offer a first class service and I would not recommend anyone else to buy or sell a dental practice or help broker a practice purchase. They offer a number of services linked to wealth management, media support and legal support.Frank Taylor have been involved within the dental industry for over 20 years. They are experts! They want to form relationships with their clients and I could not speak highly enough of them.

Anish Patel
18:02 03 Dec 20
Spoke to Andy who gave some great, honest and very helpful advice about the UK dental market and practice ownership - extremely helpful as a current associate

Tobi Oluwole
20:32 30 Nov 20
I reached out to Andy via social media. He responded very quickly and made considerable effort to sort out an initial consult with me which fitted around my unusual schedule. During the meeting he was very empathetic, knowledgeable and understanding of my situation and my business aspirations. He offered great advice and reassurance for how to navigate the daunting next step in my career.

Fahad Khan
15:15 09 Sep 20
Andy is incredibly easy to talk to, friendly and understands every facet of the dental world and beyond. He has helped me a great deal and has made a general road map for me to achieve my goal. His experience and advice has given me a lot of value. Really pleased

Adrian Cooke
14:25 18 Jan 19
This highly professional and experienced organisation were instrumental in making the sale of my practice a success. Of all the valuations I had done they were the ones that correctly assessed and subsequently delivered the best return for my business.During each step there was a personal contact guiding me through the often arduous and convoluted process of selling a practice. Their knowledge of the dental sector was invaluable in getting the process to completion. There were frequent updates and support.which continued well past the phase of finding a buyer and negotiating a price.As one of the largest dental estate agents I felt that my practice was marketed as widely as possible and it was a great comfort to know that I was selling through such a well respected agency.

Andrew Hawker
11:40 09 Jan 19
I found Frank Taylor Associates to be very knowledgeable and helpful, throughout the process of selling my dental practice. There was a lot of work to do to get through the journey, but FTA were always quickly available over the phone and gave me first class support. I would recommend their services to anyone else who is selling their practice.
Next Reviews Write a review

Why So Many Buyers? 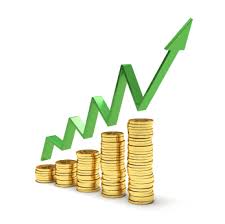 The numbers of buyers registered with Frank Taylor & Associates is normally met with disbelief or in some cases, from desperate buyers, denial that the competition is really that fierce.

Some numbers of dentists looking for particular practices to give us some perspective.

To understand why the demand is so high we need to go back to 2006 when the GDS NHS contract was introduced. The introduction of this contract moved away from the ‘items of service’ system which in effect offered the ability to deliver NHS dentistry with no earning cap. The new contract meant that most dental practices now had a fixed NHS income and the options to increase the gross to deliver additional NHS services (e.g. minor oral surgery, smoking cessation clinics etc.) or develop the private income side of the business.

Assuming the ratio of profit to fees was maintained then adding additional income would increase the actual cash surplus for the principal. The problem was that, in the short term, very few principals did this. Many looked to contain their costs to improve their profits and in most practices the largest cost is the fees paid to associates.

It was this change that led to the end of the traditional 50% payment to associates which had existed in dentistry for decades. There are still some associates being paid 50% of their gross fees but they are a dying breed.

A cut to associate fees from 50% to 45% had a direct hit on the bottom line and boosted profits without the need for the practice to deliver any more dentistry.

This significant change made many associates uneasy with many feeling that not only could their pay rate be cut, but their working days too. It was this core need to preserve personal earning that led to a sharp rise in the number of dentists looking to buy a dental practice. During 2007 Frank Taylor & Associates had 60+ dentists registering to buy a dental practice per week.

This change in the economic model for how associates were paid was further compounded by the steady influx of dentists from other European countries and a growing number of dental graduates.

These three elements continued for a number of years which resulted in many associates now being paid in the region of £8 per UDA and significant numbers not working as many days as they would like.

Understandably this situation has unsettled large numbers of associates to the point where they believe their long term financial future is safer if they own a practice.

The number of dentists looking to buy has steadily increased since 2007 to the point where Frank Taylor & Associates today have 4,719 registered and actively looking to buy a practice. If we assume that 80% of these, for various reasons, won’t actually ever buy a practice there is still a pool of 940 serious buyers. Plenty for the available practices at any moment in time.

Allied to this is the green light the banking sector has towards dentistry. They are prepared to offer generous terms to first time buyers, multiple practice owners for NHS and private practices. There was an understandable pause when the financial crisis hit in later 2008, but since then the UK banking sector should be congratulated for how it has supported independent dentists fund the acquisition of dental practices all across the country.

There are also the social and status reasons to own a practice. I believe that the art of dentistry is phenomenal and to be able to impact on someone’s well being, confidence and personality through the improvement of their smile is an absolute gift. However, for some the added kudos of owning a dental practice is needed for this journey to be complete and this drives some into ownership too.

The above reasons are ones that kick-started the dramatic increase in those looking to buy, but alongside these the usual reasons of being able to take high level clinical control, wanting to manage a team, develop a vision and alike still exist.

The current market dynamics do make it challenging for buyers as competition has never been more vicious. It is this same competition that is driving up goodwill values and encouraging more principals to take advantage of this perfect storm.

for sale in the UK